Most recently, Simon reunited with Lorna Luft to perform 6 concerts at The Crazy Coqs, London. Celebrating the songs her mother, Judy Garland, made famous from the Great American Songbook. With Frazer Snell on bass. 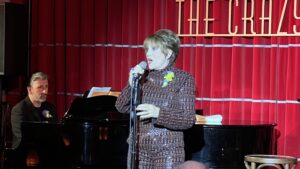 Since 2017, as a pianist/music director, Simon has had the great honour of collaborating with UK & US stars on a series of legacy concerts. Lorna Luft celebrating her mother, Judy Garland; Hal Cazalet celebrating his step-great grandfather, PG Wodehouse; and Liz Robertson celebrating her late husband, Alan J Lerner.

In October 2015 Simon was featured pianist in the orchestra, under Maestro Gareth Valentine, in a gala celebrating the 85th birthday of Stephen Sondheim, at the Theatre Royal, Drury Lane, London. He also accompanied (solo piano) Millicent Martin in a featured number. 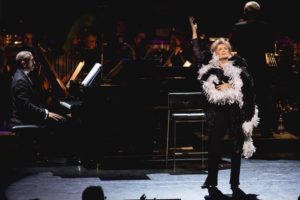 In April 2015 Simon performed in the Music Room, Aberdeen, Caird Hall, Dundee and Usher Hall, Edinburgh with Tonight from the West End. As featured pianist, alongside the British Sinfonietta, he accompanied Kerry Ellis and Adam Garcia. As solo pianist he performed with Christina Bianco.

He has also played piano/keyboards in:-

The Woman In White (Palace, London)

Beauty And The Beast (Dominion, London)

Sunday In The Park With George (Haymarket, Leicester)

The Phantom Of The Opera (UK Tour)

As well as concerts with the BBC Concert Orchestra at Hampton Court Palace and Royal Festival Hall, London.

The Courage of a Dreamer (debut solo album)

And the demo recordings of Blast! (pianist/backing vocals), and It! (Music Director/pianist).

The Maestro & The Diva… Just Who DO We Think We Are? (Edinburgh)

Simply Sondheim (The Talk Of London)

As well as cabarets at:-

Pizza On The Park

and the cabaret room at the Hazlitt Theatre, Maidstone

And appearances in Germany, Sweden and Denmark.