Simon Beck’s debut album, “a spiritual re-imagining of some of musical theatre’s best loved songs”. Including the Oscar-winning song, Beauty And The Beast, and Dancing Through Life, from the hit Broadway and West End musical, Wicked. Available on CD, priced £10.00 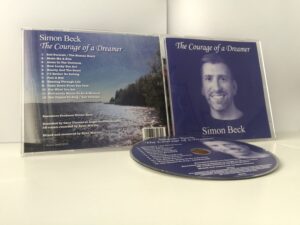 played as Crush of the Week on Mark Petty‘s Midday Mixtape (theradiocollective.com),

and interviewed/played on The Curtain Up Show, presented by Tim McArthur *** 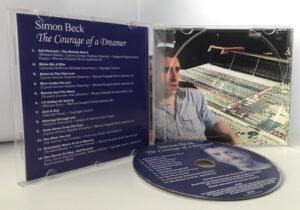 ALL RIGHTS OF THE PRODUCER AND OF THE OWNDER OF THE WORKS REPRODUCED RESERVED. UNAUTHORISED COPYING, HIRING, LENDING, PUBLIC PERFORMANCE AND BROADCASTING OF THIS RECORDING PROHIBITED. 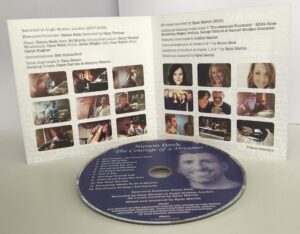 Simon Beck’s debut album ‘The Courage of a Dreamer’

“I’d encourage anyone with an interest in musical theatre to buy this album. Simon is a wonderful musician. I loved his vocal and instrumental arrangements as well as the thoughtful and insightful interpretation of a terrific songlist.” – Ken Alexander, Theatre Director

7 thoughts on “The Courage of a Dreamer – CD”